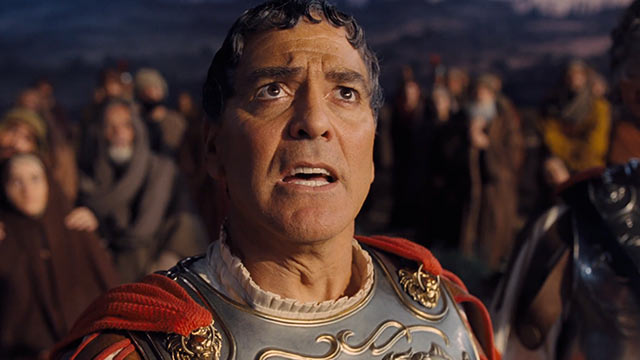 Hail, Caesar! is the latest film brought to you by Joel and Ethan Coen. Hail, Caesar! takes place in Old Hollywood in the 1950s revolving around the lives of many actors, directors and studio execs. Hail, Caesar! slightly disappoints and yet it stays amusing. I believe my affection for old school Hollywood keeps it a tad above the grade. My biggest issue is that the potential left on the cutting room floor. This could have been another Coen Brothers classic but troublesome flaws with the script weighs it back down to the lower end of their filmography.  Is it as bad as 2003 and 2004’s one-two knockout punch of Intolerable Cruelty and The Ladykillers, absolutely not. Is it their worst film since 2008’s Burn After Reading, I would say so.  If you love this era, subject matter and enjoy the Coen Brothers you’ll find it amusing so it might be worth a watch. If you don’t, I wouldn’t recommend this movie for you, Netflix it someday when you have some time to kill.